Build Your Own Smart Home with Ecava IGX

Home automation has grown rapidly in these days, as well as plenty of smart home installation service providers popping out to meet the market demand. Nevertheless, there are still some people who preferred to do-it-themselves. Since more people have been exposed to automation knowledge, self developing is definitely possible. Thus, for those who are able to DIY, most probably they wouldn’t want to spend more to hire others to install for them.

Mr. JA from Poland has been contacting Ecava to express his interest in building his own smart home. He works for the construction industry, but had a computer science background from study. The idea of turning his house into a smart home was planned as a hobby. What he was actually looking for was a SCADA software which he will install on his home computer, and from there it can connect to a PLC and perform some simple home automation processes. According to him, the starting intention was to monitor temperatures and garden watering.

Among all the well known automation software, he picked Ecava IGX SCADA. He stated the below as reasons:

Other than the main workstation (a.k.a. the home computer), Mr. JA also wished to control and monitor his home on both his and his family’s mobile phones, tablets and PCs. His basic smart home idea can be referred in an example of illustration diagram as shown below. 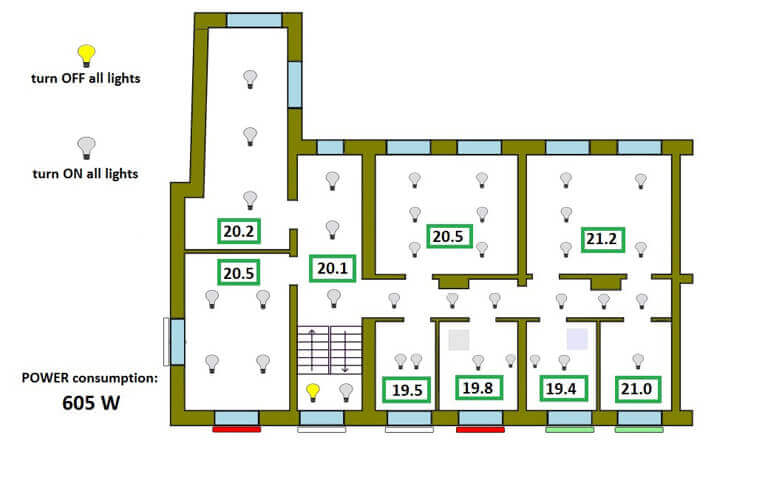 Basically, the control/monitor shall include:

Mr. JA also expressed his wish for IGX SCADA to have the ability to minimize to system tray. The good news for him is that Ecava technical team has developed and released the service module in past year. This module allows him to turn his SCADA project into a Windows service, which can still run in background even after closing the IGX server window.

Have a look at Ecava IGX SCADA online web demo for different industries or download your free copy now to get started.

← Back to All Success Stories